Since yesterday, Monday, April 23rd the Argentine seniors' Women Team coached by Horacio Bastit returned to training aware of their very demanding international calendar during this 2012. A total of 16 players, including already some with international league engagements already returned to the country after their leagues participation ended. The team will participate of two welfare matches to be played on Thursday, April 26th and Saturday, April 28th to help the clubs that suffered great damages during the storm that hit Buenos Aires beginning this month. 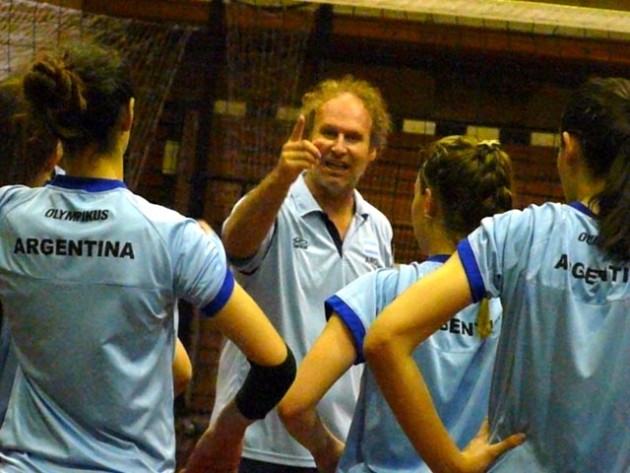 Emilse Sosa (from Rumania), Lucia Fresco (Germany), Florencia Busquets (Perú) and Lucía Gaido (Azerbaiján) together with Yael Castiglione that already joint the team before, are part of this new concentration of the light blue – white jersey women team.

Slowly to the training are arriving the international players thinking on the very hard challenging South American Olympic Qualification Competition to be held next month in Brazil. Then, the girls will participate for second consecutive time at the FIVB Grand Prix. Therefore, Antonela Curatola and Yamila Nizetich, that also play for foreign leagues will join the team end of this week.

The welfare events, with the first one taking place on Thursday in Moron and on Saturday at the historical Ferro will also show the Argentine and Cuban Seniors Men Teams facing each other, also preparing themselves for their Olympic Qualification Competitions with Argentina playing in Almirante Brown. The light blue – white jersey team will also then face the best annual FIVB Clubs competitions, that for men teams is the FIVB World League.

The FIVB Grand Prix for Argentina was changed for the third weekend. With the first ones as programmed in Macao and Serbia, the third that had Kajajstan as venue was changed to Bangkok, Thailand, where Argentina made its debut on this competition last year.

Bastit training includes junior players that do not only help with the work of the seniors but also with their own growth and development.