This Tuesday, also at Cenard facilities, without audience and media will take place the third friendly match of the Argentine and Cuban Seniors' Men Teams in their training towards their respectively London Olympic Qualification Competitions. While the series goes on, on Thursday and Saturday with welfare matches, the other part of the light blue - white team coached by Javier Weber travelled to USA this Monday evening with the same goal, to keep training hard. 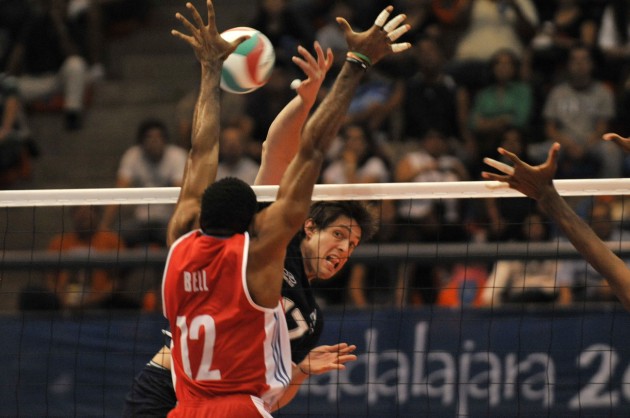 The team that travel to USA will face the host Olympic Champion towards their 2012 London Olympic dream that will take place in Argentina, next month.

In Buenos Aires, the first two friendly matches, no doubt, where training sessions with different changes on both teams. The matches were programmed to four sets each, with each coaching team evaluating and improving the output of all their players. Even though this Tuesday they will change Gym, the playing formula will be the same.

Both welfare matches will try to help the Metropolitan Clubs that suffered great damages at April’s storm. In both cases, also the Argentine Seniors’ Women Team will also play first at 19.00.

RUS M: April 25 will be held a general meeting of the representatives of men’s teams