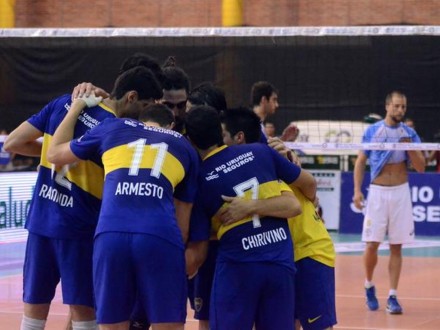 Boca managed to recover after trailing 2-1 in sets. In tie-break, it began well for them with Renato Adornelas as a lighthouse in the attack – 5-2.

Home team remained focused and worked to retain Bolívar’s Martín Hernández and to maintain its gap, but the visiting team started to block (13-11).

However, Adornelas, the opposite of Boca, gave the match ball to his team and Lucas Armesto’s block closed it out – 15-13.

The best player and the best scorer of the match was Adornelas with 25 points, while on the side of visitors, Hernández had 21 points.

Although it remained a leader in the standings, Bolívar lost its second in a row, allowing Boca to approach them on four points behind with its fifth consecutive triumph.