A more focused and determined Argentina picked up a 3-1 (25-18, 25-18, 24-26, 25-21) win against Portugal in Pool D of the FIVB Volleyball World League in Guimaraes on Sunday. Alexandre Ferreira, from Portugal was the best scorer of the match, with 15 points while Cristian Poglajen, with 14 points was the best among Argentina. 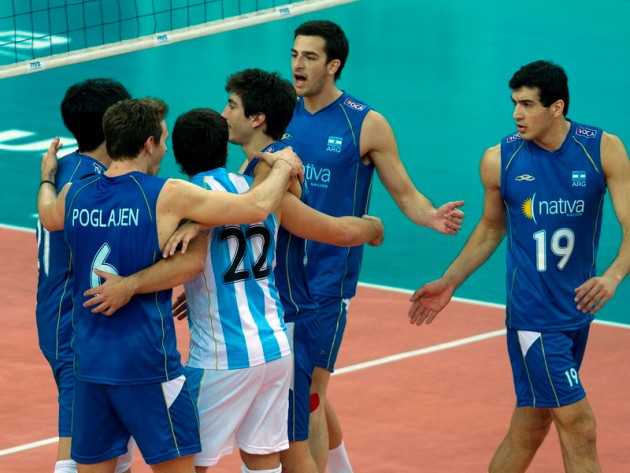 Nicolas Uriarte, Argentina captain: “It was very important to win this match, after two defeats.”

Valdir Sequeira, Portugal player: “We began the match very anxious. Afterwards we were able to calm down and started to play, but we lacked cohesion and maturity on the court. We have to grow up as a team, in order to be able to conclude the match successfully from the 20 points onwards. Until then we are good, but afterwards we lacked the maturity to win.”

Juan Manuel Barrial, Argentina coach: “In the first set we were able to pressure on the serve. On the second, Portugal was good in the block and our attack wasn’t effective. In the third and fourth sets we came back to life and deserved this important win.”

Flavio Gulinelli, Portugal coach: “It’s hard to comment on this match. In the first set, we played very anxious and afterwards we felt the pressure of Argentina’s serve. We re-entered in the match on the third set. The relation serve-block-defense was momentarily there, but we failed a lot on the side out. As I already said, the set only ends at 25 and we still need much work to solve certain situations. We can’t talk about age because Argentina is also a young team. There is a lack of attitude and mentality that we need to change because we need to have the will to win.”