While the Argentine Seniors' Women team is returning to Argentina, after its second consecutive historical participation at the FIVB World Grand Prix, the coach, Horacio Bastit left his balance of the new presence of his Argentine team among the best teams of the World in the most important annual women teams competition organized by the International Volleyball Federation. 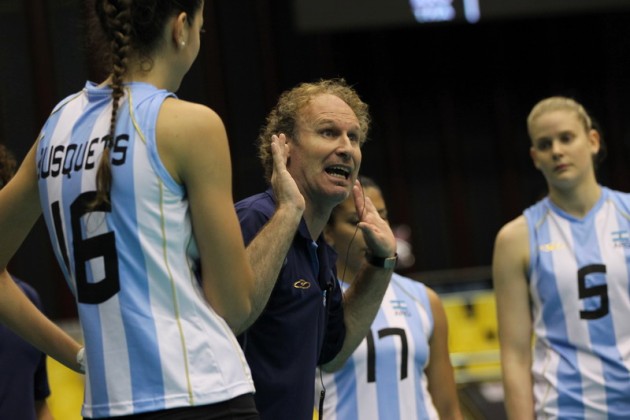 This season, the competition became much more demanding as the first one. “This year, compared to the 2011 edition, we faced very strong rivals, the best teams of the World” started saying Bastit. He also found that the change in the international calendar also affected the light blue – white jersey team. “Our output was impacted by this change. In the year 2011 we just had finished the Pan-American Cup and played the FIVB World Grand Prix with more experience than other teams. This year was exactly the other way” he pointed out.

Returning to the teams Argentina faced he added: “they were really difficult”, specially now seeing those teams that qualify for the Final Round: USA, in the first place; and then, China, Turkey, Thailand and Cuba. “We did not know that prior to participatingbut now with the output of those teams, our rivals, we can say that we faced the best teams of the tournament” he expressed.

Last but not least, comparing both year’s experience, the team playing first the Pan-American Cup went to the Grand Prix with more confidence having won the vacant place for the following year’s tournament. This year it is a question that will be answered when they participate of this year’s Pan-American Cup.