Impressions of participants after the victory of Argentina. 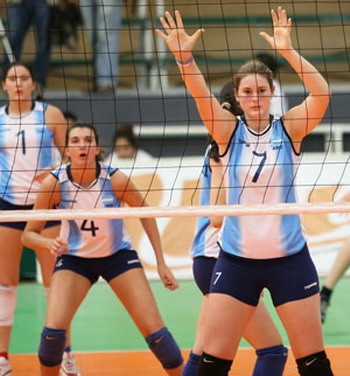 Mariángeles Cossar, player of Argentina, said: “It took a while to get into rhythm at the start of every set but at the end we achieved many positive things.”

Karla Sainz, captain of Mexico, stated: “Our team played well and we had many positive points playing against an experienced side like Argentina.”

“I am not satisfied with the performance of my team thus far,” Argentina’s Horacio Bastit said. “I thought the difference was going to be bigger but Mexico played good with the junior team. I hope we can play better the rest of the tournament.”

“We grew as a team playing against a team like Argentina who’s coming from the world qualifier in Japan,” Mexico’s coach Etanislao Vachino said. “We lost the match but I am glad about the way we played.”