ARG W: With the joint work of FEVA and ACLAV the women league started

Buenos Aires, Argentina, July 20, 2012 - In another clear signal of the joint work of the Argentine Volleyball Federation (FeVA) and the Argentine Volleyball Teams League Association (ACLAV) the Argentine A1 Women League started its new season with a new formula, making it more federative. After several positive meetings between officials of both entities the new championship took shape and the province competitions already started. 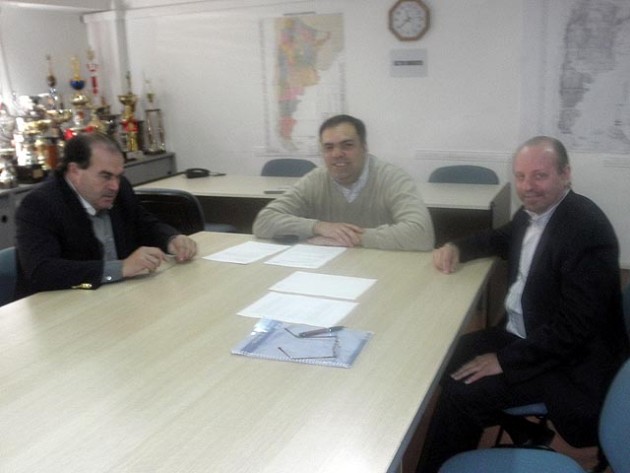 Since at FeVA with the new management, the joint work with the ACLAV reinforced very strongly all competitions to be hold between them and therefore a series of meeting took place thinking on the new competition formula looking forward mainly to its federative development and making it more competitive.

For the ACLAV, along the different meetings worked Oscar Boccalandro, its president; Norberto Arese, Executive Director and Paula Parisi, new person in charge of the Women League as part of the Competition Department, that has as main coordinator, Diego Arribas, new Competition Director of the ACLAV.

It is the first step to reinforce the competition, heading towards the development of women players and clubs in each province of Argentina, and from there on a very high level competitive federative competition.

With that goal, the competition was divided in different regional rounds that will then end with the National competition. At the NEA Region, for example, the Litoral League is already taking place with 8 from Formosa, Chaco and Corrientes, organized on the weekends and with final round to be hold August 11th – 12th.

When this period is over in each of the regions of the country with a quota of 24 teams, the qualified teams will go on in a second eliminatory round, with 15 teams qualifying for the final round – Grand Prix Formula, including also the Argentine Seniors’ Women Team. The best four then will fight for the 2012/13 Argentine Women League title.