At the same time that a grass-root team was confirmed for next edition of the Argentine A1 Seniors' Men League, the Juniors' coached by Fabian Muraco closed a new concentration working hard towards their South American Championship that qualifies for the 2013 World Championship. 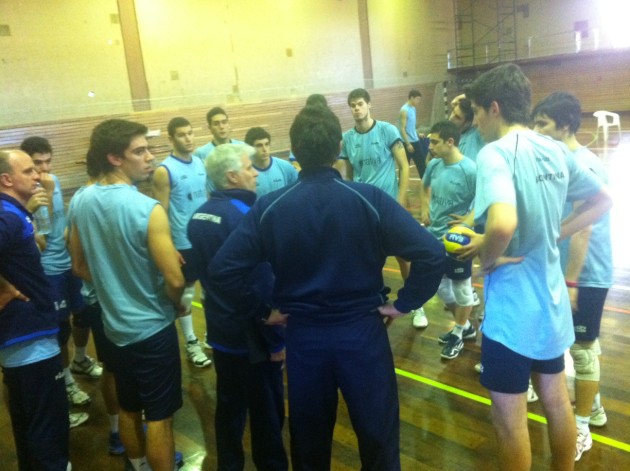 The team finished their concentration last Wednesday but already has new dates to keep working towards this importance event in the international calendar.

The Juniors‘ will participate, September 12th – 15th of a friendly competition together with the Youth‘s (that also prepares themselves for their Continental tournament) and the teams of San Juan and Mendoza provinces in General Alvear, Mendoza.

So, the young players rest from August 29th to September 9th when they will concentrate in Mendoza together with the Youth’s for this important friendly series.

After the competition, the Seniors‘ will participate of the U 23 Pan-American Cup in Vancouver, Canadá. They will concentrate, September 17th for this tournament as they are travelling to USA for a friendly tour in British Columbia as part of their training.

It will be the second time of this time of competition for the Juniors‘ as they participated at the Seniors’ Pan-American Cup held in Santo Domingo, where they won the Silver Medal in a combined team with some Seniors‘ reinforcements.