A lot of noise has been raised in the previous days because of the inappropriate gesture of Wilma Salas Rosell, new member of Rabita. 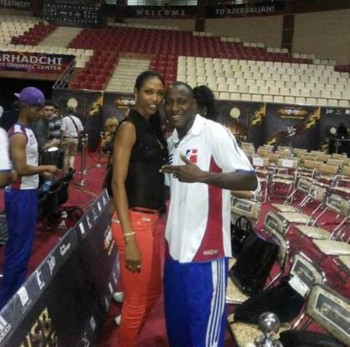 Cuban player has been with her friends on a boxing match in Baku, as a supporter of one Cuban boxing team. However in a middle of the fight, she reacted rudely and showed a middle finger towards the Azerbaijan fans… This gesture has been spotted and Rosell was immediately on the front pages of local media…

Eventually, she explained what has really happened.

“Most fans were friendly towards us, but one small group has been insulting us for the whole evening. At one point one of them passed all bounds and he got my answer. The gesture was not intended for Azerbaijan fans, which I love, but for only one person” said Rosell for Azerisport.

Check out other news from Azerbaijan.

WL: Serbia with only one opposite