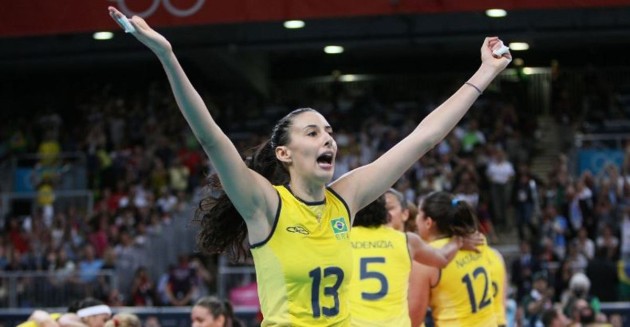 Sheilla Castro, considered the best-ever Brazilian female opposite hitter by many, is set to return to volleyball commitments next season!

According to some Brazilian media, a 35-year-old player is close to signing with a club in her home country Hinode Barueri which is coached by the man who is well-acquainted with Sheilla’s qualities, José Guimarães “Zé Roberto” who worked with her for many years in Brazil national team.

Sheilla, who retired after the 2016 Rio Olympics, spent the last professional club season in Turkey, playing for VakıfBank.

RUS M: Anderson has his #1 jersey retired by Zenit

They all do that. She will recover physical and technical conditions like the others (Dani Lins, Thaísa) and then goes to a better team.