In case you didn’t know, members of the Brazilian media have nothing nice to say about Logan Tom since her arrival in Brazil to play for Unilever together with Canadian Sarah Pavan and Brazilian Olympic Champions like Fofao, Natalia, Fabi and Valeskinha. This and other volleyball news read on Worldofvolley.com. 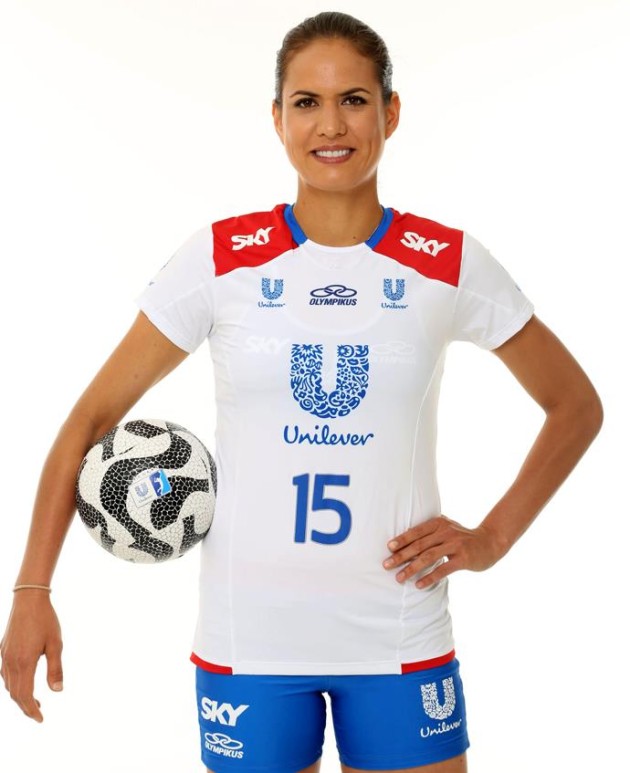 They keep on complaining that Logan is NOT nice at all. She constantly declines their interview requests. They pretty much feel like she is UNHAPPY playing in Brazil based on the type of attitude she has showed. We even read that Logan reportedly told a fan “do not touch me!” after getting a request for a pic.

On the other hand, the press people praise Logan’s teammate, Sarah Pavan, as a very nice and charismatic player. “Pavan knows how to value our presence and she also respects our job as writers and reporters unlike Logan.” says a source.

Unilever’s Coach Rezende has defended the 2 time Olympic silver medalist saying that she needs time to get used to the attention from the media as well as a reminder that Logan treats volleyball seriously & she’s not in Brazil to play “write and talk about me” game with the press unlike that girl from last season. Hah!.

Cab Driver To The Rescue

There is this guy names Fábio he is a taxi driver and he picked Logan in the street last week. He shared his history with Unilever fans on Facebook. Fabio is also Unilever supporter:

“I would like to share with you the honor that I had in the previous day of Unilever’s match against Minas that our incredible player Logan Tom was in my taxi, when I saw that she was the one giving me the sign I got so nervous, but I stopped and took a deep breath, counted to ten and said you are Logan right? I was expecting her to said yes she was of course, but not to give much attention to it, but everything was different from what I expected, she started cool chat with me, talked about everything with no restrictions, when I told her I was a fan from Unilever she got surprised, I told her I went to all games, I showed her the tickets that I keep, she thought it was awesome and right away asked If I was going to the game tomorrow, I said yes and then she asked me If I wanted one ticket. I said If you wanna give me? then she opened her bag and gave me a ticket. I asked If she used to use the metro to go to the games and if people recognized her? she said, I think so, I hear people talking but no one comes to talk to me. Well I won’t extend myself into the details, people that go with me to the games know, I just wanted to post this to break that image that the supporters have that she is a person that don’t like to give attention to people and that leaves fast when the games end, she just told me she does not like that crowed buzz that happens after games in the exit, and that she likes to be calm and that she thinks is important to separate the professional and personal sides.

During all the 30-40 minutes I talked to her she was very nice and humble, laugh a lot, she was awesome, I will never forget, she said loved you Fábio, bye,bye see you in the game tomorrow. That is it.”

People close to Logan know that she is a very professional athlete and loves her job more than anything else. We just hope Logan and the press people will find a way to get along and they can start living in peace and bury the problems they have.

For more latest volleyball news from this competition click on Brazil.

WoV Poll: Did Jaqueline need so much...