In the 7th round of the second part in the Superliga, Usiminas Minas and Praia Clube were the actors of the classic derby of the Brazilian volleyball championship. Minas won 3:2. Lia was the highest scorer. Spencer Lee turned around the game when he played Angelica. 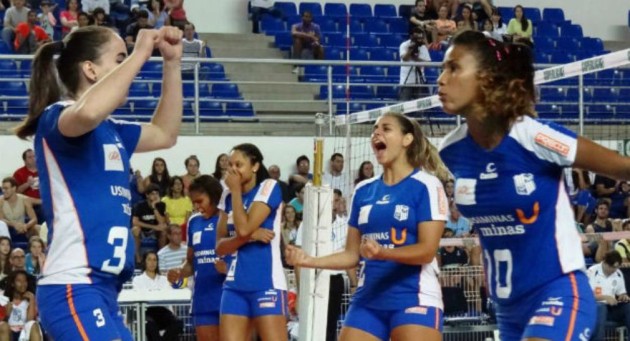 Usiminas Minas started well in the first two set to open the lead 2-0, with Thaisinha and Lia leading their team. Lia was the highest scorer of the match with 20 points. When it looked like the match will be over in the third set, Spencer Lee placed Angelica on the court and raised Praia’s game. She scored 17 points and led her team to a tie-break. However, Minas took advantage of the various errors made by the visitors and rediscovered their way to victory after three straight defeats in the competition.

With the result, the team led by Jarbas Soares reached 19 points and remained in seventh position. Praia Clube lost the third consecutive time, but with the point earned leaped to third place, with 32 points, and fights against Sesi and Campinas for the spot. In the next round, the Minas receives Osasco, on 19 February. Praia Clube faces Campinas also on Friday.