Unilever won the first quarterfinal game against Rio do Sul 3:0, this time Rio is the host and need a win to stay in the competition. Rogerio Portella and Fabi shared their expectations. 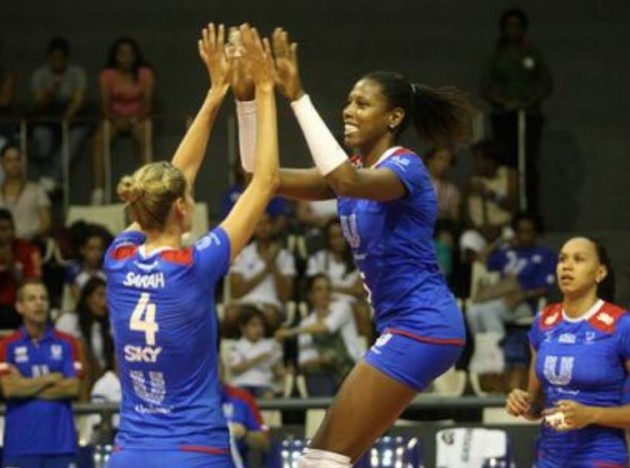 “We know the quality of Unilever, but do not want to make it wasy for them. Our supporters will be a great ally” Rogerio Portella said.

“The season finale is hard. The players are very tired by the pace of games, training and travel. It is a great sacrifice for each of them. But we do not lack the will and we will try to continue playing” said the coach.

On the side of Unilever, Fabi believes the team will have more difficulties this Saturday.

“Rio do Sul will do their best to win the match. They will play for the Superliga survival. Not to mention that they will play before their crowd” said the two time Olympic champion.

Fabi also drew attention on two Rio do Sul players: “We have to play a good game to win. Neneca plays great at home and leads the team with her. Edna is also a good player and we have to be alert throughout the game” concluded the player of Rio de Janeiro.