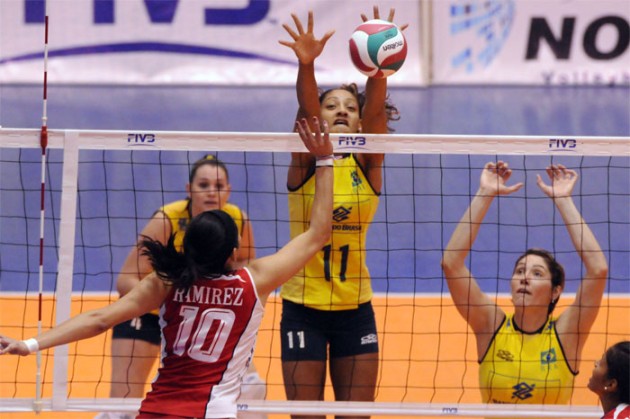 The effective blocking was a major key to the victory of the South American side that held a 17-3 advantage in that category.

“My team is very young and we have played only four matches before coming to this competition”, Brazil’s coach Claudio Pinheiro said. “The players were well focused and didn’t give many chances to a Costa Rica team that have players of quality. Our goal is to work hard and go as high as we can on the podium.”

“It was a very difficult match for us but I am satisfied with our progress compared to our last tournament”, Costa Rica’s coach Xavier Perales said. “We made many errors but also because of the ability of Brazil. Their serve and strength at the net was too demanding.”

“It is good to start with a victory and we hope to continue improving with the tournament”, Brazil’s captain Natasha Farinea said.

“We need to make some adjustments to correct our mistakes”, Costa Rica’s Verania Willis expressed. “But it was obvious that the blocking of Brazil was very good.”