Shocking confession of one of the best players in the history of volleyball. In his biography, Giba admitted that Brazil played to lose against Bulgaria at the 2010 Men’s World Championship! 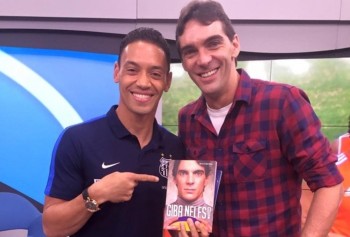 It was Oscober 2, 2010. The last day of the second stage at the Men’s World Championship. Brazil vs. Bulgaria. It was clear before the match that whoever won the game would face Spain and Cuba in the third stage, while the loser would go to much easier Pool with Germany and Czech Republic.

It was simple, neither side wanted to win!

Gilberto Amauri De Godoy Filho made sort of confession in his biography. He admitted that Brazil played to lose that game.

“We talked among us and finally decided to lose. We knew there would be a lot of criticism, but it was the most direct path toward gold. Before the game, Bulgarian captain Vladimir Nikolov came to me. He was also interested to lose the match. The conversation was quite open and honest. Both sides expressed their views, strategies were on the table,” stated Giba.

At the end Bulgaria won the match by 3-0, despite playing with reserve team, while Brazil won the gold medal later on.