The next season in the Brazilian men’s volleyball championship Superliga will be played without one of the most controversial rules the country’s volleyball federation has ever introduced. 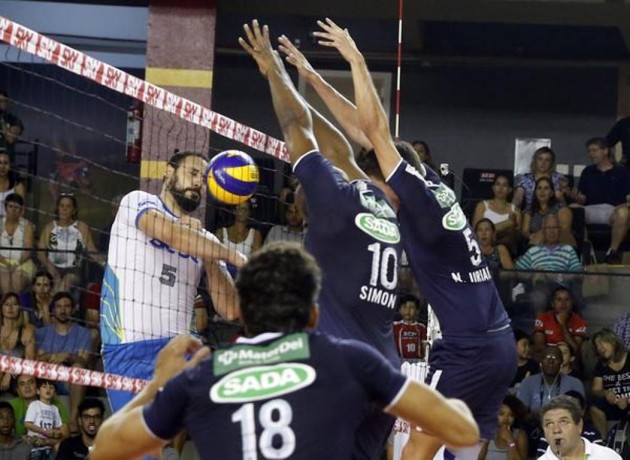 As from the 1992/93 season, the Brazilian volleyball federation (CBV) introduced a rule of the player’s ranking to give all teams who take part in Superliga an equal opportunity, or close to it, to compete for the national title. All teams could have only two players who have a maximum number of points in the ranking list.

But, at a meeting in São Paulo, the representatives of the 10 male clubs whose places in Superliga are guaranteed for the 2018/19, voted to end the controversial regulation from the next season. In simple words, this means only a transfer market will dictate which players will join which clubs.

Interestingly, the women’s Superliga clubs failed to vote the same so, the player’s ranking system will remain in their tournament for the 2018/19.

OF course women stays, women is more competitive than men superliga in Brasil in the men the first place is to Cruzeiro the second place is a mistery and they call them the best team in the world, lol, bitch pls Cruzeiron only have the money to hire 2 good foreigners players and thats all, in fact this rule helps them a lot, now they want Wallace back and a good OH to help Filipe days are over, the Libero also is close to retirement, Lucarrelli says no so thats difficult a lil bit things but the problem is nobody wants to leave europe to Brasil, so they can only count with 2 superstars, Bruno is aimed but rumours apoint him close to Civitanova. they need to find a replacement for Leal and in the world every superstar is tie with a team now, so good help them, they should be fine to Win the superliga tho.

Re: @Dont Care About ur Opinion
You write “you don’t care about opinion” but you can’t even express yourself… Women are more competitive??? Rio won last 12 championship… Are you one of those invidious fans??? Please mofo, go do something else of your life