The International Volleyball Federation (FIVB) doesn't intend to reduce the number of players per team in the Volleyball Nations League (VNL) as Przegląd Sportowy reported. 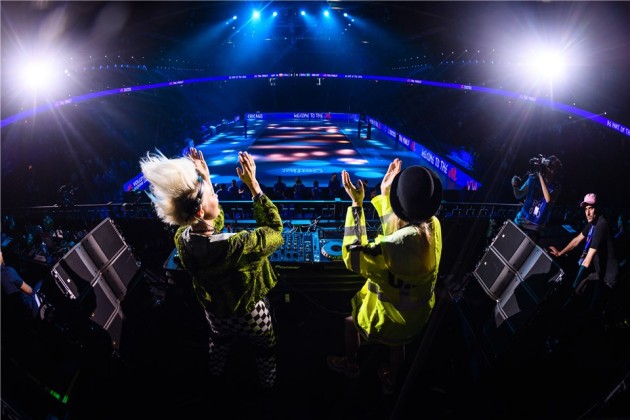 Before the FIVB officials made the final decision, Przegląd Sportowy learned that the governing body of the world volleyball is considering a drastic reduction in the number of players registered per national teams for its annual competition, VNL. In 2019, each team was able to enlist up to 25 players. For coaches, it was a comfortable situation, because they could make many changes in the roster for each of the weeks of the tournament. Limiting the number of players that are allowed to be registered for the VNL would prevent head coaches from implementing some of their plans that included resting the best players for the final stage.

According to the above-mentioned media, the FIVB officials want to limit squads for the entire VNL to only 14 players and allow changes in the roster only in the case of injury. That would mean that the same players would have to appear in all 5 tournaments of the preliminary stage. Przegląd Sportowy reported that, after the protests of many national federations, the less radical version has emerged – to reduce the number of registered players per national team to 18, which will still minimize head coaches’ room for maneuver.  Allegedly, the idea to limit the number of players in the VNL came from the actions of several leading national teams who registered “B” teams for many matches last year. The FIVB, of course, wants all the best players to take part in the prestigious tournament such as VNL.

However, in the correspondence with the FIVB, our website got the information on this matter and it’s different from the one of Przegląd Sportowy.

“The FIVB can confirm that the number of players registered in each national team for the VNL 2020 remains the same – 25 players. The FIVB has also removed the 2019 player eligibility requirements for the players included in the national teams for the VNL, which means that there is no limit to which players are added to the team roster of 25 players. However, in order to preserve the VNL as a world-class product, teams are required to play both the round-robin phase and the finals with the same group of core players. Therefore, for the match-team rosters of the VNL Finals 2020, teams must register at least 10 players who were registered on the match team roster in a minimum of 9 of the round-robin matches (out of 15). These 9 matches could come in any of the 5 weeks. Each player must have played 30% of the total points won by their team during said matches in the round-robin phase,” we were told from the FIVB’s Communications Department.

FIVB will make this official in February.

While I understand and appreciate the VNL organizers and investors want the best product on the floor everytime and all the time, each of these federations also have financial , logistical and athletic investments to consider and protect. The demands in time, travel and player health is seriously tested during this event.
This move of roster limitations is not healthy for the sport. Growth and experience within each Federation can be achieved through the VNL and expanded rosters. Here is where the next generation of stars can play side by side or against today’s stars and deeper interest in each country’s rosters can be generated. In addition, we all have to realize that we want to make sure the 12 teams competing at the Olympics are at full strength. This move actually hurts that possibility.
The VNL is a great tourney and still evolving in my opinion but this move is a step back. I sure hope they reverse this

FIVB obviously doesn’t care about players and their health. This is completely opposite of what they were supposed to do.

Teams and players voiced their complaints multiple times about too much competition, not enough rest time, etc. And instead of changing the calendar to address their concerns which would improve the quality of VNL, they want to force National Federation into submission by this move. That will only reduce quality of VNL until it’s completely ignored like a useless World Cup in Japan.

World Cup used to be an Olympic Game qualifier tournament and Japan paid to be a host for a certain number of years. But FIVB changed the rule for Olympic qualification, but national federations still have to play that tournament because Japan paid to host it.

I understand the FIVB desire to make this beautiful sport more popular but they are doing it completely wrong. VNL’s final is from July 1-5, and Olympic Games start on July 24. Are teams supposed to target top performance for VNL final or for Olympic Games 3 weeks later?

Not to mention that thanks to new qualification rules, the best teams in the world won’t play there. But there will be teams from Africa and Asia to fulfill political correctness criteria.

VNL can not increase the popularity of volleyball unless the best players in the world are engaged. And they won’t be unless their concerns are addressed.

Re: @former_playe sorry man! You’ve got your point and that’s ok! Just to make a point: the best teams in the world are playing the Olympics, so your complaining about qualify does not proceed. Italy, Brazil, France, Poland, The USA and even Russia (besides all the doping problems) will be there and they are the best teams in the world! Africa and Asia deserve to be represented at the games. That’s Olympics! This is the spirit!

Respectfully disagree with you. For example, 2019 European gold and silver medalist will not play in Olympic February 2, 2020 - 4:40 pm

Respectfully disagree with you. For example, 2019 European gold and silver medalist will not play in Olympic

So true I agree fully but was is the solution then for the fan experience when these teams play finally in their city and country but send their B team players? I was so disappointed with the US sending all B players to Canadian city. Value of my ticket to get in went down. I wonder if the fans knew who they would not see from these countries of the sales to watch live in person would be effected. Come up with a differed solution like shortening pro seasons and VNL season to give more time for athlete recovery.