In the Bundesliga final before the final, Rote Raben VILSBIBURG will host Dresdner SC in a game that will decide the semifinal series. Guillermo Gallardo shared his thoughts before the decisive game. Gallardo also commenetd Liana Mesa Luaces' game. 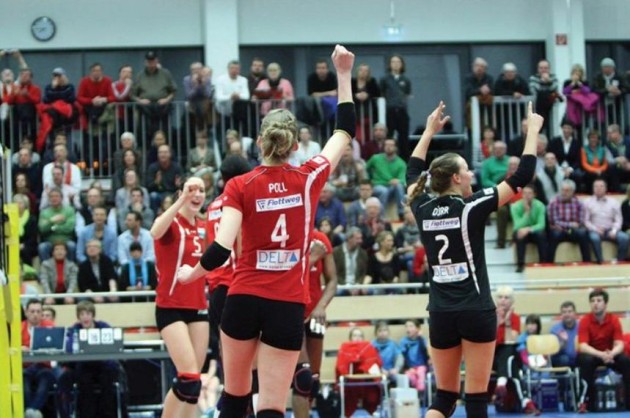 With its back to the wall, Rote Raben had the best performance this season, especially in the fourth and the fifth set when it was down but managed to turn the tables.

“I do believe that we are mentally stronger and this may be crucial in the end. But we only have a chance if we can play at such a high level as in Dresden. Only then we can put Dresdner under pressure.” Guillermo Gallardo said.

The coach put special focus on Liana Mesa Luaces‘ remarcable performance in game 2: “Liana has shown in Dresden her best game in the past few months. Of course, now I hope that she can keep the level in this game.“

No matter who wins, the opponent in the final is already known. Schweriner SC was better than VC WIESBADEN in two straight 3:0 wins.

The game will be played today at 20:00 local time.