After the departure of Gyorgy Grozer, another German player will join a brand new Polish Champion. 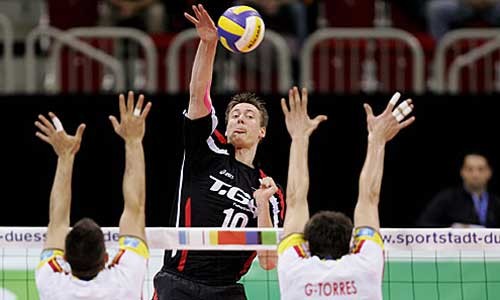 Schöps is coming from Russian Superleague, where now Grozer belongs. It’s truly a great transfer of Plus Liga.

German spiker has some huge trophies by now: for example gold medal of Champions League with VfB Friedrichshafen in 2006/2007 edition and the championship of German league. After that, he came to Iskra Odincovo in 2007 where he got a silver medal of Superleague in 2008 and 2009 and also bronze of Champions League (2009).

Now, Schöps has to replace a fantastic Grozer and try to do his best both in the next edition Champions League and Plus Liga, where Resovia want to defense their leading and confirm their power.