written by WoV May 2, 2012 source: volleycountry.com

In Poland, the long weekend (almost 7 free days) was started and many of Poles is going for a rest but volleyball clubs’ managers are not allowed to have holidays. Particularly in Belchatow, where Skra lost the championship of Poland after 7 years domination. So, it seems that they are preparing a great reinforcement. 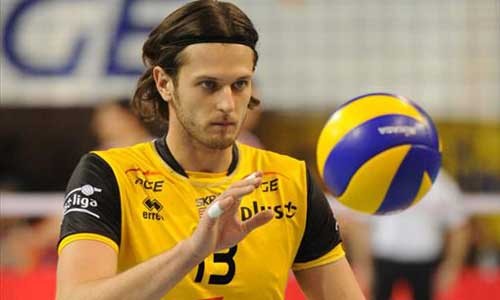 Recently in Poland, it was said that some era came to an end. Skra Belchatow did not win a the gold medal in PlusLiga playing bad, moreover, Russian clubs started to hunt for the major players (Kurek and Winiarski) of the teams almost like the President of Russia Federation Wladimir Putin, hunting for the famous drunken bear.

However, it appears that all these theories can turn out as wrong because Skra may be much more stronger.

Two days ago, Konrad Piechocki (Skra’s president) informed that Michal Winiarski signed a new 3 year contract so he will not leave Skra till 2015.

“Michal got one great financial proposal from Russia. I can not say what club presented the offer, but I think it is not important. Now, I can say that he stay in Belchatow and it is very good for Polish League”- Ryszard Bosek manager of Winiarski said.

Perhaps, Bartosz Kurek will stay in Skra. Piechocki claimed that all squad of PGE Skra Belchatow will be known next week, hence, we will know the answer to this question.

One doubt was solved. Miguel Angel Falasca will leave Skra after 4 years spent in this club. “We are very grateful to Miguel for the time spent on our team, because we have experienced great moments with him, winning, among others silver medal in the Champions League” – Konrad Piechocki said.

Falasca will not complain about lack of offers because Delecta Bydgoszcz wish to cooperate with the experienced Spanish. According to Gianluca Pasini, journalist of La Gazzetta dello sport, Falasca may be changed by legendary Nikola Grbić. The Serbian was playing in Bre Banca Lanutti Cuneo, but he probably will leave the team due to financial crisis, what take place in Italy. The space, occupied previously by Grbić, will be filed by Michele Baranowicz