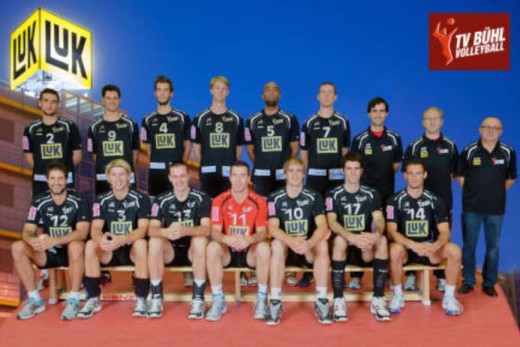 The Argentinian head coach Ruben Wolochin signed the Australian international and Olympic Games participant Adam White to strengthen his team’s attack. Another national team player – the Dutch middle blocker Bas van Bemmelen, and the Serbian setter Luka Cubrilo (both 204 cm tall) arrived in Buhl for the new season. The new names plus the new bigger sports hall should be a guarantee not only for more enthusiasm, but also for a possible semifinal spot and maybe even some points stolen from the favourites in the long run.

Some interesting games are on offer right from the launch. On October 15th, Monday, the champions Berlin Recycling Volleys open up the new campaign at home versus VfB Friedrichshafen. On the following Wednesday is the other big first-round derby between TV Buhl and Generali Unterhaching. The great first week of actions will be closed on October 21st by a remake of the final with the second round game played in the Munich Olympic Sports Hall between the home side of Unterhaching and Berlin Recycling Volleys.

GER W: Aachen and Wiesbaden against all...