DSC has to cope with another injury-related loss - Myrthe Schoot had a knee surgery, she will need several weeks for recovery. She got injured in a game against Rote Raben Vilsbiburg. She will skip games in the Champions League and the German Cup. Alexander Waibl was shocked by this news. 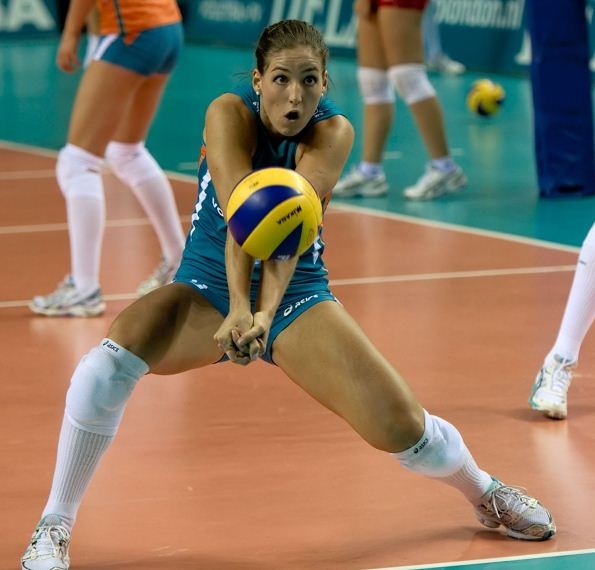 The 24-year-old Dutch player underwent an arthroscopy on her right knee. The intervention was carried out by Dr. Axel Ripp in the Elbe CLINIC. The director of the Department of Traumatology and Orthopedics had to sew the torn meniscus. However, the meniscus was kept

She played against Rote Raben Vilsbiburg last Saturday and twisted her knee in the second set. She then had to be replaced immediately and could not engage in the game.

As things stand, the doctors predict a healing course that makes it impossible for her to play this year. She can’t play in the Champions League and for the upcoming games in the DVV Cup.

“This is bitter for Myrthe. She was in a very good shape. I’m very sorry for her” said head coach Alexander Waibl who was visibly shocked by this news.

Myrthe Schoot feels well after the operation under the circumstances. She will probably be released today from the hospital. “I am very sad and I will be working hard to be healthy again as soon as possible” said the 24-year-old.

GER W: KSC Berlin will play against Hamburg in the German Cup