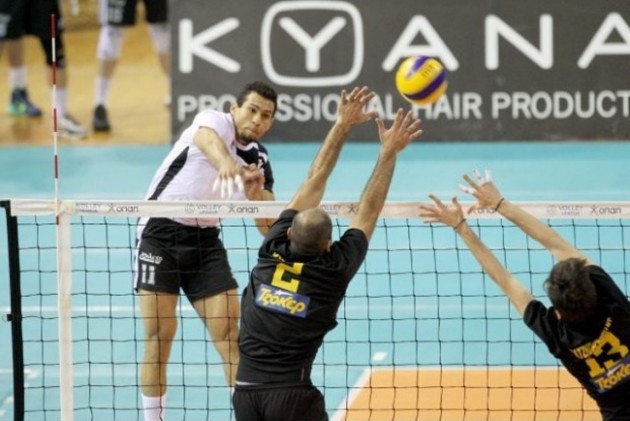 Both teams had 4 aces, but Aris made more mistakes in the attack – 24 comparing to PAOK’s 21.

Home team, with the exception of the first set, had no problem getting the victory in the match which dropped curtain to 15th round, having once again Hernardo Gómez as top scorer. He stopped at 23 points. The opposite from Venezuela was followed by the Cuban Javier Jiménez with 11.

For the losing team only the Pole Michał Kamiński with 16 points had double digits, but it wasn’t enough for Aris to get something better.