Gino Sirci, the President of Italian men’s volleyball vice-champions Sir Safety Conad Perugia, is one of the rare officials of the world reputable teams to openly speak of his plans in the transfer market. So it is now, during the winter break of the ongoing season. 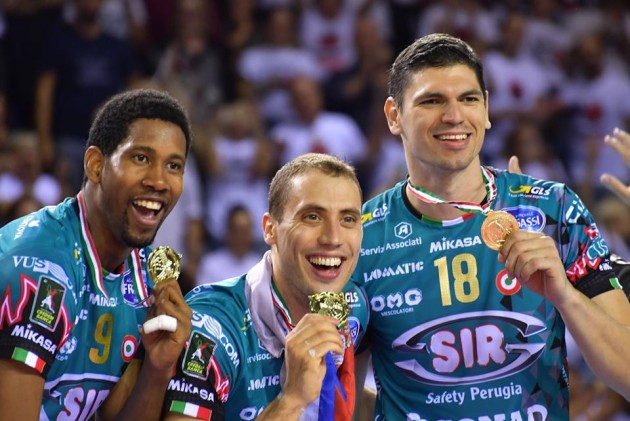 In an interview for Il Corriere dell’Umbria, Sirci has announced his intention to renew contracts for the next season with nearly an entire squad.

“It’s true, there are teams who want our champions, starting from Trentino and Verona who want Atanasijević, but I want to clarify two things: first, we aim to renew with all of them and second, I believe that on equal conditions no one will move from Perugia. We are very happy with our players and until proven otherwise, the market is closed for Perugia. You just need to have a little patience and wait. I think that, in a week, something more could be revealed,” Sirci stated.

The head of Perugia mentioned some players who got offers. Sirci said that one Brazilian club set its eyes on De Cecco but he will 95% remain at Perugia. Perugia want Podraščanin to stay, while there’s a talk with León on a renewal for 2 more years. Perugia will also sign the new contract with Colaci.

Slovenian federation awards Čebulj and Planinšec as best players in 2019

FRA M: Boyer not on list of France National Team for Olympic Qualifications

ITA M: Get too relaxed and Juantorena...