Unendo Yamamay Busto Arsizio streched their lead in the Serie A1 with a win against Chateau D'AX Urbino 3:1. Christina Bauer was the best. WorldofVolley brings you the latest volleyball news. 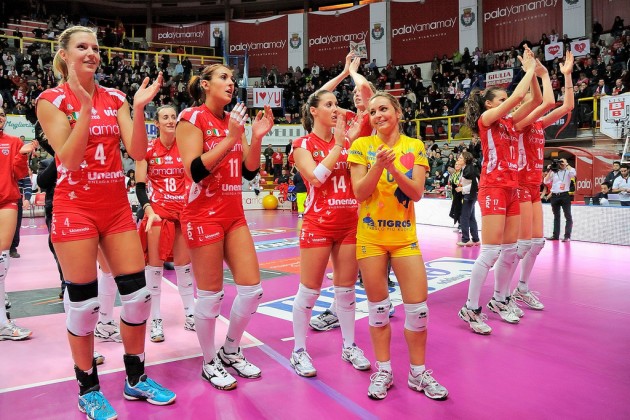 It was a game in two acts. At the beginning there was only one team on the field for each set: in the first Carlo Parisi‘s team, in the second it was the guests. From the third set a real game started, with the teams in balance, combative for every ball. The last two fractions were solved in a battle of nerves, which eventually betrayed Urbino.

Christina Bauer was the best in the game, mainly for her contribution in the fourth set, she was important in giving the “shock” necessary to Busto to close a difficult game.