Itas Diatec TRENTINO become champion of Italy after victory against Copra Elior PIACENZA with 3:2 in fifth game of the final series of the Italian championship. This and other volleyball news read on Worldofvolley.com. 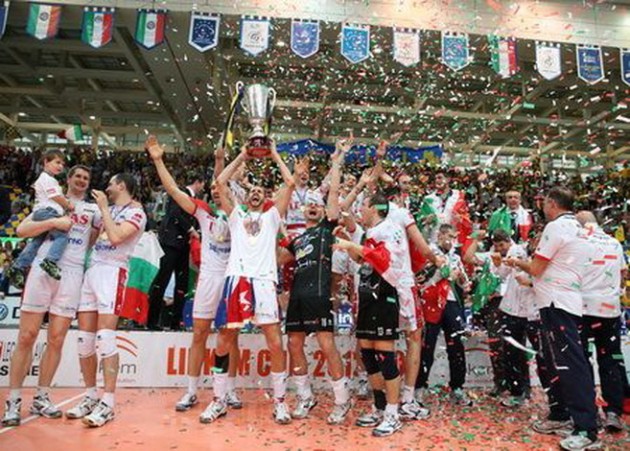 Itas Diatec TRENTINO finished season in a best possible way by winning the league title, in addition dominated in the regular season. TRENTINO ended season with the victory in the Italian Cup and FIFA Club World Cup also.

Copra Elior PIACENZA played great in the final series in the deciding match they managed to get to the fifth set, but failed to win the deciding set.

TRENTINO played fifth game without first setter Raphael Oliveira. Raphael in tears stands for the entire game. As in a fairy tale the MVP award went to Giacomo Sintini, well-deserved because he was able to hold the team in the game despite all the pressure.