WCHJ W: Italy get a ticket for quarterfinal with a win against Bulgaria 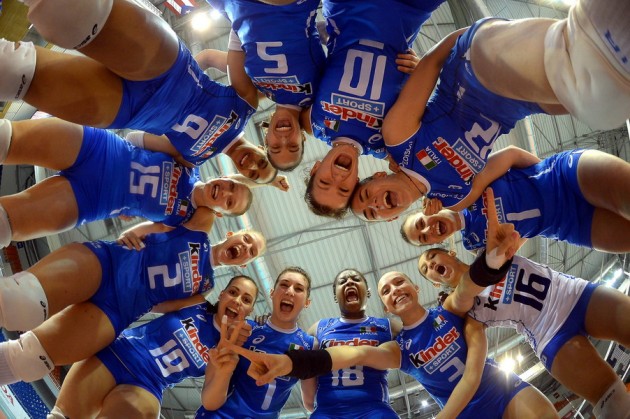 Bulgaria took immediately the lead of the match winning the first set 23-25. Italy underwent a slow start to try then a late catch of the opponents, who were driven by the attacks of Gergana Dimitrova (4/7 in attack, 1 block and 1 ace).

In the second set Italy started immediately on a fast rhythm, with Miriam Fatime Sylla as leading actor. The World Champions played three good sets: guided by setter Giulia Carraro, they proposed a very good match in tactics, controlling the most dangerous Bulgarian spikers with a steady block (18 points) and using their back row attack as weapon to solve some thorny situations.

Italy coach Davide Mazzanti: “We lost the first set. I mean, it was a problem of emotional tension by my team. It was our first very tough match, so we had this problem. After that set we began to play as we know. We played a great game especially in blocking and defense.”

Italy captain Cristina Chirichella: “I think we played very good today. Only in the first set we were maybe too excited. Bulgaria is a very strong team, we knew that we had to be alerted. We prepared very much for this match. We solved every trifle and try to play our best.”

Bulgaria coach Dimo Tonev: “My team had very good motivation in the beginning of this game. Then Italy started to play stronger and my team didn’t change our play. I think the third set was very important too. We had a good possibility to win today. But we didn’t manage it. Italy had excellent blocking and their setter played wonderfully.”

Bulgaria captain Simona Dimitrova: “My team played very well in the first set but after that Italy changed their game and they were better than us. They played great today.”