Igor Omrcen (Lube Banca Marche Macerata): “The league is the only competition we have left this season, we have won our last two games and we’ll try to extend this positive streak until the end of the regular season to keep the second place we took last Sunday. Monza is a tough team to play against, a top quality team that gave us some headaches earlier this season. The first thing we’ll need to beat them is some good serving, and avoid the kind of lapses in concentration we had last Sunday against Latina”. 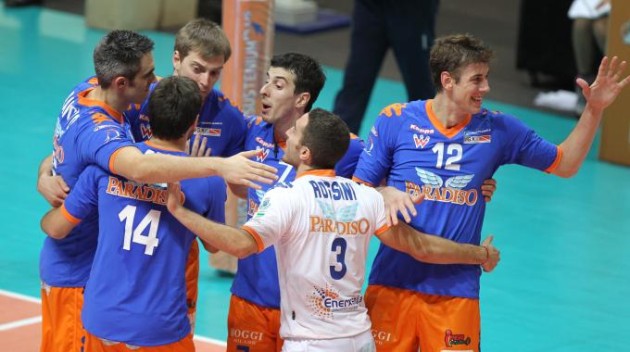 Marco Molteni (Acqua Paradiso Monza Brianza): “No easy game but we should not make a drama out of this situation: It’s true we haven’t played at our best in the last two games, but tomorrow we’ll get on court as if nothing had happened, because nothing happened really. We have clear in our minds what remain our targets in the league and Cev Cup and we know we have the capacity to reach them. There’s no need to think negative. Besides, we always play very well at home so I am confident we can do fine against Macerata. This is an all-around team, but with an impressive potential in attack, very strong in attack and serve, but extremely well covered in reception too. Despite all this, we managed to make it difficult for them in their arena, where we had forced a tie-break. It’s true there wasn’t Savani, but this time we’ll be at home”.

ITA A1: Newsletter Lega Volley: Serie A1 Sustenium: Round 22 on Wednesday

FRA M: Paris gets to playoff

HILARIOUS: Give me five, Georgiev! (VIDEO)