One of the best world’s volleyball players of all time Nikola Grbić, has surprised volleyball fans by announcing retirement yesterday. 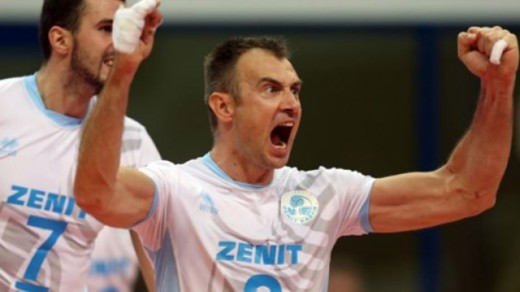 They won’t be able to watch his magical moves on the volleyball court. But, from the next season, Grbić will stand close to the court. He is the new head coach of Sir Safety Perugia.

“We negotiated for the first time on Monday. The President of Perugia Gino Sirci has called me and I told him that I need a little time. Slobodan Kovač has recommended me. I had plans to become a coach, but in this situation it was very quickly” explained Serbian setter.

He ended his career as a champion. He won the Russian championship with Zenit Kazan.

“I’m glad that I’m leaving as a champion. I can’t believe that I will coach Goran Vujević, my former teammate from national team” said Grbić.