Trentino and Modena will face each other in the big final of the Italian Cup (Sunday, 17:00 CET). 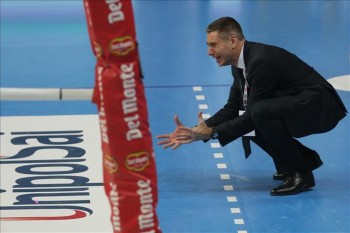 Trentino defeated Perugia in the semifinal, and head coach Radostin Stoychev was pleased by the reaction of his players during the game:

“The key to our victory was that my team showed character when it seemed that Perugia will finish the match. It was the same in the quarterfinals against Piacenza, and in many games in this season. Also, our bench players did an outstanding job. Congratulations to the whole team. We are pleased to be back in the final and for this group of players it is important that they enjoy in that match. They really deserved it” said Stoychev.

Angelo Lorenzetti, head coach of Modena, was shining after qualification to the final, especially because his team has beaten Lube after 7 consecutive defeats from that rival.

“Firstly, I want to wish a speedy recovery to Jiri Kovar who is indeed a great player. We won a very difficult match. We had ups and downs, but we faced a team of the highest level. I think we have finally debunked the taboo called Lube. We have lost too many times from them and it was time we change that. Now, we will face Trentino, another great team. But, we want to go to the end” said Lorenzetti.