Everything was ready for Matt Anderson’s arrival to Sir Safety Perugia for the finish of the season and especially for the playoffs of Serie A1, but the American will not come to the club after all. 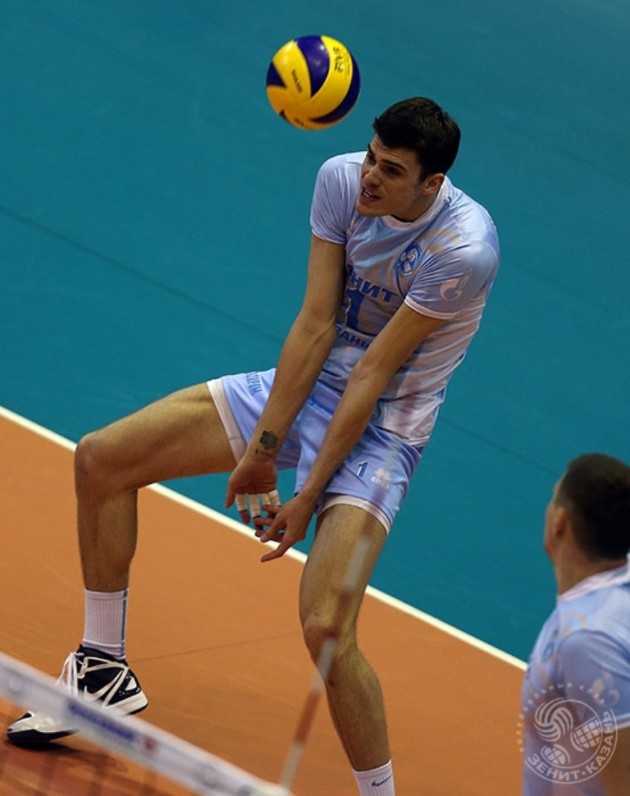 The agreement between Perugia and Anderson was made and he was supposed to arrive in a good mood after winning Champions League title with Zenit Kazan. Still, Perugia disappointed its fans in an official statement.

„Sir Safety Perugia notifies that the player Matthew John Anderson, despite the advances in the past few days, will not arrive in Perugia these days due to physical problems in the back sustained in the finals of the Champions League, last weekend,“ explained Perugia why American receiver won’t reinforce the team.

The Italian club left the possibility to evaluate the development on Anderson’s physical condition in following days.

The market in Italy closes on April 10.

Teammates about MVP: Salparov – “Leon is like Ronaldo and Messi”; Anderson – “He’s the best”

Of course he won’t come for pocket money…
Better to go in Qatar.

Is it really about the back problem?

Osmany is injured and his agent use Peruggia jus like trick..in two weeks he will sign in Qatar club for cups.
Money is very important for USA players ..but now I am wondering will :Peruggia and coach of Peruggia ever
work again with agent of Anderson ..yes they will and they will beg him ..he is best and only ..thank you Luca..
fun of Lube..

All true, but also Italians think that every year they will be able to take anyone they like for the playoffs.
It is not the same championship as before and they need to understand if they want players they have to pay.

All Matt’s physical problems will disappear after April 10th!!! You will see!

anderson is not leaving kazan even for a moment. he is staying for russian championship and for next season. for sure fairy tale with leaving for italy was like threat for russians to negotiate better contract with kazan for next season, he is very smart like his story with depression. generally, usa players these the best from national team will not play in europe anymore. usa players love money the most of all nations so all of them sit in russia despite all their complaints.

Is this a joke? April1st?

Matt will go for sure somewhere to play the resto of the season. His manager knows he can not play any more in Zenit till the end of the season due to a foreign players maximum and for sure he will not just stay outside the court and make trainings. His next destination will be Gulf countries, you will see

So as you see I am stronger than you..ciao..

@top
typical american.while they feel sea of money or petrol they can sit in russia or arab countries