Born in Buenos Aires, Argentina, in 1984, Danish setter Axel Jacobsen arrived in Italy in 2005 to play for Pineto. 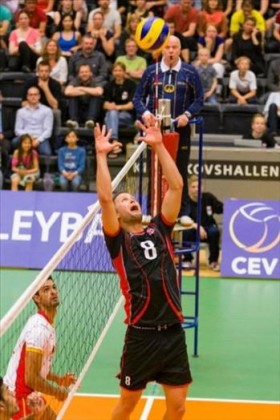 Then he spent one season in Austria before coming back to Italy through Crema and Mantova (A2). In 2010-11, he was in Poland, while he moved to Germany last season with TV Bühl.

“It was enough for me to know there would  be Paolo Tofoli coaching – said Jacobsen – He was the greatest setter in the world, I had no hesitation”.

ITA M: Cacchiarelli “This is a dream”