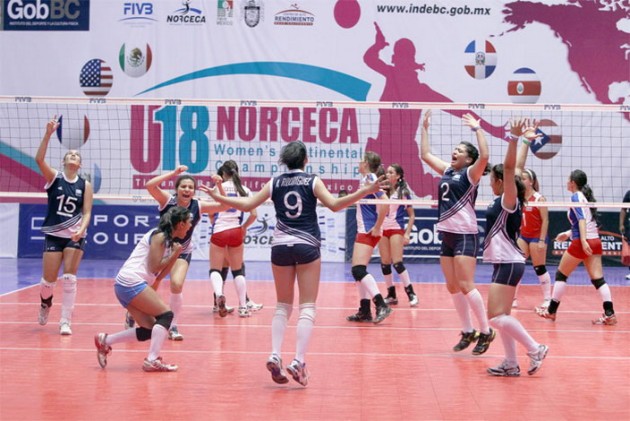 Estefanie Bethancourth was the match’s top scorer with a total of 22 points for Guatemala, while Angie Montero Alfaro and Daniela Vargas scored 15 and 13 points for Costa Rica.

Also Montero Alfaro recorded 4 aces for Costa Rica. The same number was registered by Gabriela Martinez on the Guatemalan side.  “I feel a little dissapointed, after winning against them previously at the Central American Championship,” said Montero Alfaro.“They kept calm and in some moments I feel we didn’t have enough execution and they were better.”

Bethancourth, Guatemala’s captain stated: “We knew we had all that we needed to make it. We are happy. When whe saw them win on the second and third sets, we didn’t want to surrender and mantained our hopes.”

The victory was important in the development process of Guatemala. “We want to grow up in our region. Last Year Costa Rica defeated us in a Central American Championship, but todays win means we are taking good steps,” said coach Julio Domínguez.

“I am quiet and glad for the discipline and respect shown by my players, they developed a good game, and I am sure thei will be great in a near future”, indicated Xavier Perales about Costa Rica.