These are the latest updates about team rosters for the upcoming games of the Serie A1 Round 18. 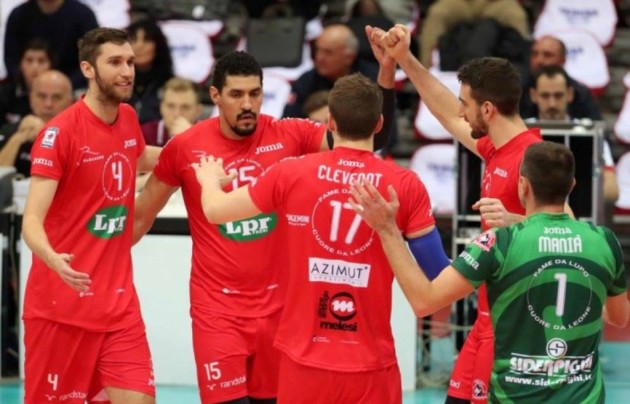 The race for Scudetto continues with 6 games scheduled for Sunday evening. This is what you should know before the start of today’s schedule.

The most important thing about the derby match of the 18th round is that both teams will have almost all of their players available for the Sunday’s clash. Only Luca Tencati (Piacenza) will miss the upcoming game.

Speaking about Piacenza, it is interesting to mention that they scored their last win in Trento seven and a half years ago!!! It was back in 2009 when Piacenza defeated Trentino in the Game 5 of the Serie A1 Finals and won the championship. It was the first and the only title for the Reds in their history.

After that match, Trentino have won every single home game against Piacenza…

Padova can be lucky enough they managed to arrive in Molfetta at all! Due to bad weather in this part of Italy, the squad of Padova traveled almost the whole day, while they eventually arrived at their destination somewhere around the midnight.

Neither side have injury problems.

Monza are still waiting for Leandro Vissotto, who will arrive in Italy within the next 10 days. Everyone else, including both teams, are ready for the upcoming match.

Perugia will try to score their 14th consecutive victory counting both Serie A1 and CEV Champions League! The squad is playing really good with Lorenzo Bernardi at the helm, while we are about to see if Vibo Valentia can stop the winning streak of the Block Devils.

Most popular left-handed volleyball players in the world

IRN M: Strange things happen in Iran – disqualified team returns to Superleague but other one gets excluded