New playoff formula for the final phase of the Italian Serie A1. No more V-day. 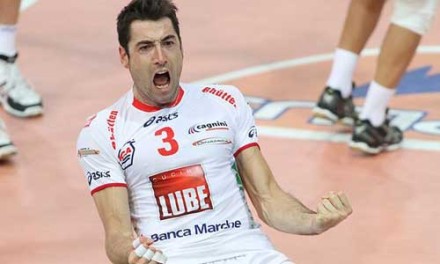 The 7th, the 8th and the 9th ranked teams will compete for the chance to play the quarterfinals, which, as the semi-finals phase, will be composed by four matches. So, no more V-Day which used to decree the winner after a single match. In fact in the next year there will be played five competitions starting on 28th April and ending on 12th May 2013.

Another remarkable news about the Italian championship, that will start at the beginning of October, concerns the type of the ball that will be used during the competitions. In fact, while in past years teams had to play the national matches with a Molten ball, and all the other international challenges with a Mikasa ball (a matter that has created a lots of problem to the players) from 2012 to 2016 the official ball in use will be the Mikasa one for both Serie A1 and A2.

The partnership with the Mikasa Corporation has been strongly supported by the Italian Clubs to ensure the continuity of the use of the same ball for both the Italian Championship competitions and the International ones.

Italy: Genova bounced back vs Atripalda