Personal Bolivar is the champion of the fifth edition of the Volleball World Challenge Cup, winning its third crown during 2012 overcoming the Brazilian team of Super Imperatriz Volei Floripa 3-0. 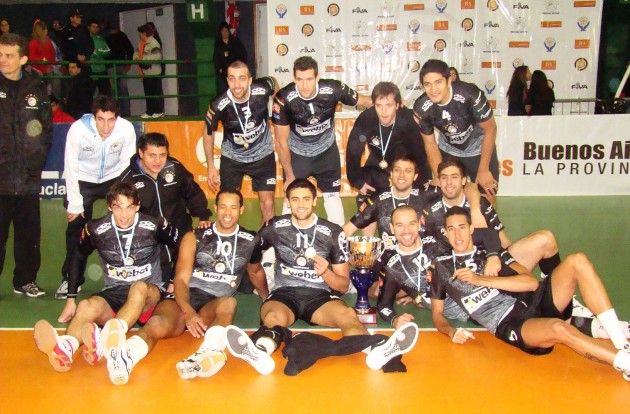 Bolivar won the first two editions in the years 2008 and 2009 and now the team coached by Javier Weber leads the score with 3 crowns over the 2 of Brazil and none of the other participating countries. Sada Cruzeiro, also Brazilian won during the 2010 and 2011 editions.

After the competition was held during three consecutive editions in USA, Buenos Aires Unidos home place for the Argentine A1 Men Teams League hosted with an outstanding organization this international competition, also showing good figures in audience during the week that the competition took place (started on Tuesday and finished this last Saturday, Sept. 22n.).

ARG: Argentine Cups – the mascot is already in Chapadmalal