ARG: Argentine Cups – the mascot is already in Chapadmalal

Argentine Cups mascot is already in Chapadmalal with the participant delegations for the first 2012 Argentine Cup, the U 18. 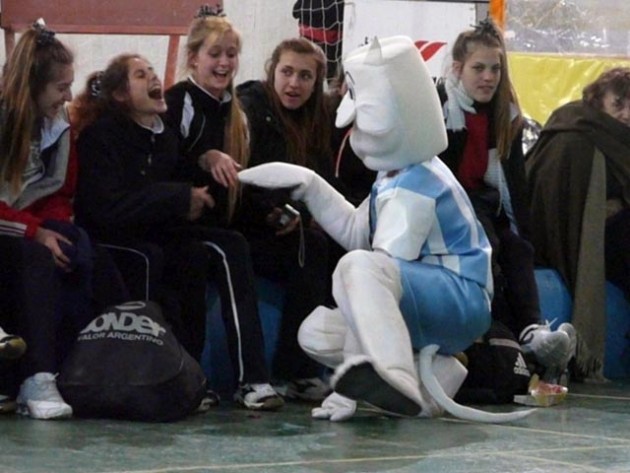 Presented officially at the General Meeting giving a new taste to the Argentine Cups, the mascot already started to go around the Sport Centre playing with the children, being part of the warm-up of the teams and taking all technical times to celebrate with the audience and players that fight for a new title.

But the light blue-white mascot dog has not its name and at the Argentine Volleyball Federation Facebook website everyone can put a name that will be then give the Argentine Cups a new image. With all the named proposed, the same children that today compete will chose its name, with an Argentine official uniform for the person that put the name the children decide.