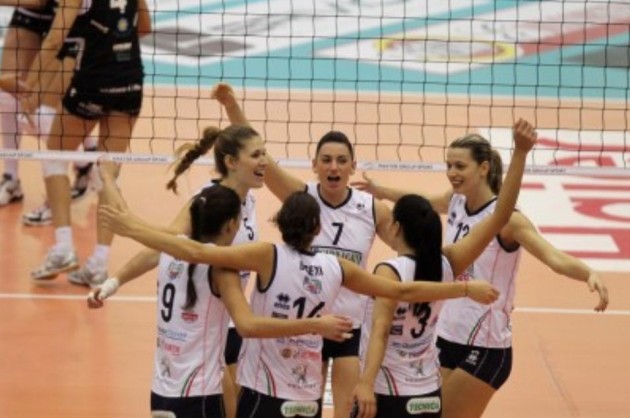 Catarina Bosetti was named the best player under 20 before the start of the game.

Giani Caprara started Mojica, Barun, Folie , Veljkovic, Klineman, Bosetti and Vigano. It was a good game for Villa Cortese which lost only in the third set 23:25.

Giulia Rondon (Villa Cortese): “I think we needed to redeem, we tried win this game from the beginning. We got better and better as the game went on, then we had several bad decisions. This is important even though there is still much to do. We’re working together because we can do better at certain times, we’re trying to figure out why it happens and above all we are trying to curb these moments. When we stop thinking about the technique, as Gianni said, we will play better.“

Gianni Caprara (Villa Cortese): “There are fundamental things that we are stabilizing and we are giving continuity. The first is the reception, it’s been at a good level, the second is the block that wins us many points, we are now working to stabilize the attack that was not that great in the latest games but today was better. We had three consecutive defeats and this will mean a lot to us. The girls play with a lot of instinct and passion.“