EUROVOLLEY 2019 M: Giuliani – “I’m pissed off more than anything else“

Alberto Giuliani did an amazing job by advancing with Slovenia National Team to the final of the 2019 CEV European Men’s Volleyball Championship. It was a result against all odds but the Italian expert had difficulties to settle for silver medal last night... 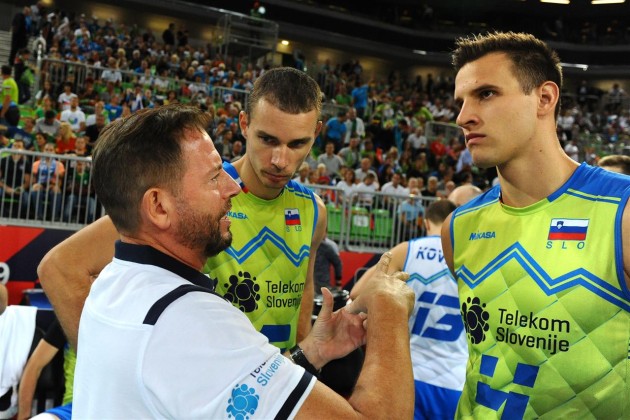 “I’m pissed off. That’s how I feel now. You don’t need to finish your question, I will. That’s how I feel. At this moment, I’m pissed off more than anything else. Just write pissed off, nothing else. I remember, you once already attempted to make me say a swear word. I avoided but this time I won’t. Above all, I am pissed off. And very much so, because a match did not end only with the defeat, but after falling at the beginning of the second set, we never really came close to opponents in the rest of the match. That makes me really angry,“ Giuliani said after the gold medal encounter against Serbia.

“Everyone should be proud of these guys because it should be remembered that they gave everything they could give and they often went even beyond the threshold of pain. A few of them felt the effects of injuries and – if they were some other players in different circumstances and in another national team – they would have ended this championship long ago. They should be thanked, I have already thanked them despite that anger. This is thanks for the hard work, the renunciation, the effort and the truly fantastic tournament they played in Ljubljana. No one can say that Slovenia did not qualify more than deserved to this final and tomorrow, I will be especially pleased and proud of everything that we have done, as well as winning this medal that now I wear around my neck. Yes, pride will surely come to me too,“ the Italian expert added.

EUROVOLLEY 2019 M: Kovačević – “I’ll forever be grateful to Kovač”; Atanasijević – “All for one and one for all”

Can anyone match this insane block reach...