The English champions IBB Polonia London have finished their maiden adventure in the CEV Men’s Volleyball Champions League already in the first round but, as their President told sport.pl, they have big plans for the near future. 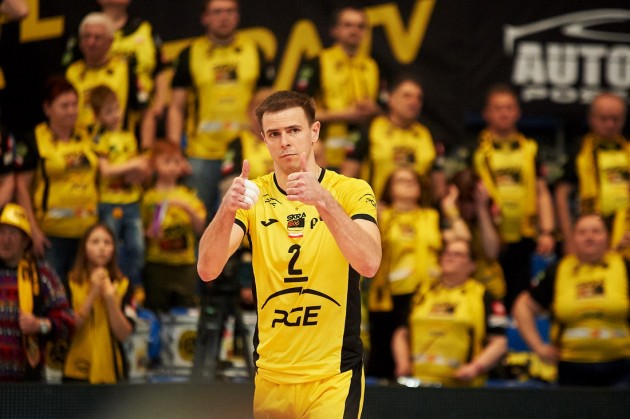 IBB Polonia London lost both matches of the 1st Round of the 2020 CEV Champions League to Croatian Mladost Zagreb but this outcome did not disappoint their President Bartek Łuszcz. He knows that the time when Polonia will play a more significant role in European competitions will come soon. From the time when he took over the club, which was in 2013, he has been building it piece by piece. Bringing in a retired one-time EuroVolley and World Championship winner with Poland National Team, Krzysztof Ignaczak, in 2017 was a first step in making Polonia popular. A seven months ago, Łuszcz persuaded legendary Brazilian player Gilberto Filho “Giba” to join the team and interrupt his five-year retirement.

“Giba and his wife live in Łódź, where he moved in June 2018. He comes to London for matches he selected to play. His contract with the club is structured in such a way that he gets the money for every appearance. These aren’t large amounts, he doesn’t have a heavy contract. Once, I was in Poland at the exhibition match in which Giba performed and approached him later. We talked for a while, it turned out that he was a very open guy. He said ‘I’ll be there’. Only then we determined financial issues. But more important in our conversation was that Giba counts on such development of Polonia thanks to which he’ll someday be able to live in London. He wants it very much and his wife wants it even more,” Polonia President explained in an interview for sport.pl how the collaboration with a one-time Olympic and three-time World Championship winner begun.

Knowing that Polonia is a club that was founded by the Polish emigration in London, Łuszcz has an idea to attract big volleyball names from this country who will raise the level of the team and attract more fans to the stands.

“My favorite player is Mariusz Wlazły and I dream of bringing him here. I know him, he’s a great man and I hope he’ll play a season or two in Skra Bełchatów and then come to play with us for two seasons. Mariusz and his wife want their children to go to school in London from a certain point in their education, so it can work. The sky is the limit,” the head of Polonia added.