Teams from Tunis, Egypt, Kuwait and Lebanon have booked their tickets to the semifinals of the 31st men’s Arab Clubs Volleyball championship at the Michel El Murr stadium in Lebanon. Read more about latest volleyball news, games reports, and statistics on WorldofVolley. 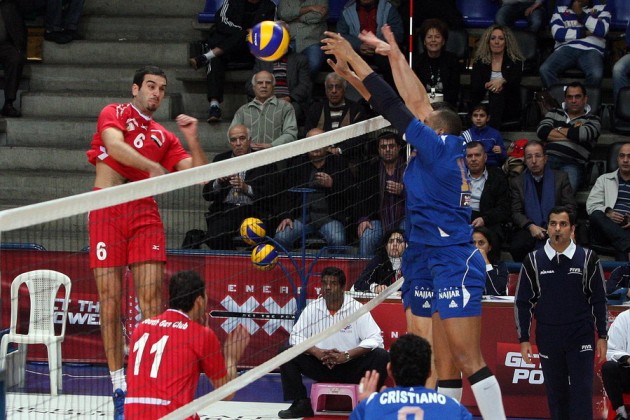 The most exciting match of the day was the one between Libya’s Ahly Tripoli and Kazima from Kuwait.  Ahly came into the lead twice by taking the first and third set but Kazima rallied back to force the match into a tiebreaker, edging their rivals out of the competition, 28-30, 25-22, 21-25, 25-17, 15-11.

There are 15 teams from Tunis, Morocco, Libya, Kuwait, Egypt, Iraq, Oman and Lebanon participating in the 31st Arab men’s Clubs Volleyball Championship. The 15 teams were divided into four groups, and the top two in each group qualified for the quarter finals.

The following teams will meet in the semifinals: