Volleyball fans have already started their countdown to this year’s major highlight, i.e. the final round of the 2013 CEV Volleyball European Championship. With this in mind, representatives of the hosting countries found this past Wednesday their way to Luxembourg for a Supervisory Board. Read the latest news from volleyball world on worldofvolley.com. 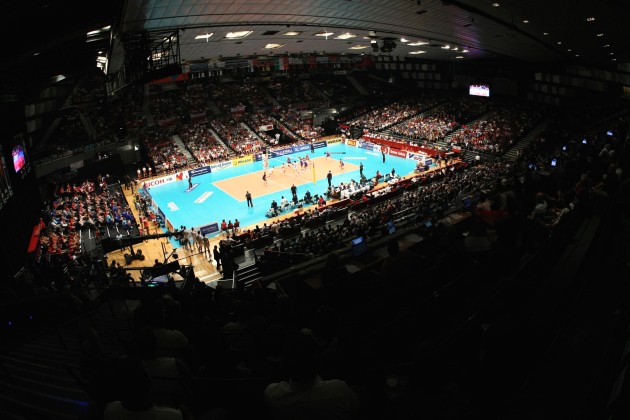 Apart from reviewing technical and organizational issues, much attention was devoted to the promotional campaigns that will be leading the way up to the final rounds scheduled for this coming September. In Germany and Switzerland the Women’s European Championship will be extensively promoted this coming weekend in combination with the respective national cup finals. Other actions will follow in conjunction with the International Travel Trade Show scheduled for mid-March in Berlin and the Sport Gala of Saxony. Later on, the event will be showcased at the Montreux Volley Masters as well as in Trier, where a Volleyball marathon is scheduled for April 3-7: people will be playing Volleyball there for 89 hours to break a world record and enter the Guinness book. In May and June additional promotion will be guaranteed via the Turnfest in Mannheim (GER) and Biel (SUI), not to mention the Gerry Weber Open scheduled for June 7-16 in Halle where tennis superstar Roger Federer shall possibly serve as special ambassador for the European Championship.

German officials presented a special contest known as the “Hammerschorsch” that had turned extremely popular last year in Frankfurt as young children and players were testing their ability to receive the balls shot out by a special device. The winners of this contest got special tickets to attend the matches of the World League and the organizers want to repeat the experience with gadgets and tickets for the European Championship at stake. Additionally, in conjunction with the final weekend in Berlin, a mini Volleyball festival will be taking place in Germany’s capital city to contribute an additional side event devoted to the sport.

As for the men’s competition, the Danish Volleyball Federation is working on the final layout of Parken national stadium – venue of the semis and finals in Copenhagen. Taking pros and cons from previous experiences (especially in handball), the organizers have decided to limit the capacity to about 9,000 seats and to move the tribunes closer to the playing area in order to make sure that the fans will be able to watch and follow the game as it normally happens in a more “ordinary” sports hall.

The organizers are working closely with all NFs to make sure they raise awareness among their fans and quite many will eventually travel to Denmark and Poland to visit the Championship. The official website of the Champs features a special welcome address and some key info in the official languages of the various participating countries, thereby creating a friendly cyber environment where fans from all over Europe can find their own place. Facebook is also being extensively used to promote the Champs and the official account of the EuroVolley is already being followed by some 5,400 people. Tickets went on sale already before Christmas and have been bought also overseas (e.g. USA or Australia) and the current figures (2,600 were already sold) are equally subdivided between Danish and foreign fans.

More special actions are set to come as the start of the Championships gets closer.

Stretching for Back Pain Relief