After losing the first semifinal match to Italy’s Rebecchi Nordmeccanica PIACENZA, Aurubis HAMBURG will be playing on Sunday the return match against that star-studded side currently mentored by Gianni Caprara. Read the latest news from volleyball world on worldofvolley.com. 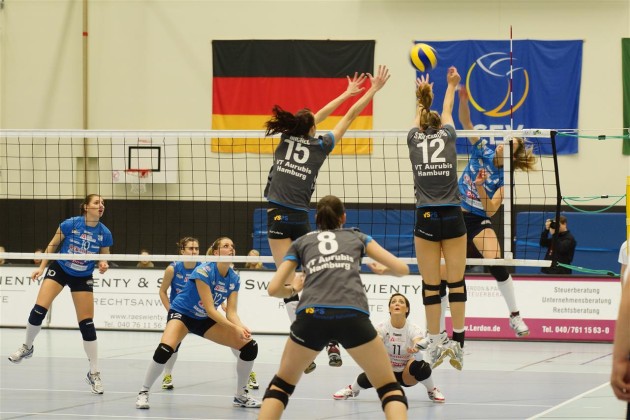 PIACENZA recently edged Italy’s standout Unendo Yamamay BUSTO ARSIZIO in the national league to get an additional boost along the way to the final act of the 2013 CEV Volleyball Challenge Cup – Women. With BUSTO ARSIZIO – where German star Margareta Kozuch is playing this year – set to join next week the final four of the Champions League, this result speaks for itself to stress the value and strength of the opponents that the group around head coach Helmut Von Soosten is supposed to stand.

This past Wednesday Aurubis could play at eye level with PIACENZA in the first and third set while the Italians dominated the scene in the second as they could show great quality in every single fundamental. On Sunday the players captained by Imke Wedekind will try to learn more from this classy opponent but also to do their best to display a solid performance.

Anyway, regardless the way it will end up, Aurubis will keep good memories from their debut in the European Cups, and especially from the home matches joined by many loyal and cheerful spectators at CU Arena.

Bulgaria/Italy and Netherlands/Belgium to host next European...

CEV: Italy and Bulgaria – signing of...