Argentina scored a 3:1 victory over Chile and booked a spot to play the U-18 Girls Pan American semifinal against Brazil. Sol Piccolo registered a match high with 25 points, including 3 aces. 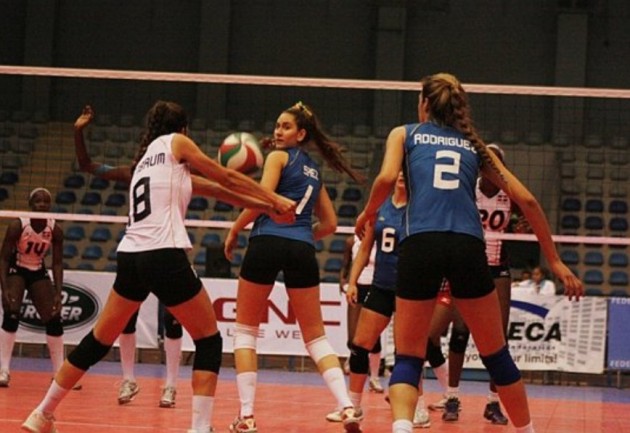 Argentina depended on their strong blocking scoring with a 14:8 advantage against Chile, but not before losing an epic second set by 28:30.

Sol Piccolo registered a match high with 25 points, including 3 aces, Camila Hiruela contributed with 14 and Elina Rodriguez with 12 points for the winners.  For Chile, Catalina Melo was the best with 21 points, followed by Laura Sotomayor and Catalina Pulgar with 15 and 13 points respectively.

“It was hard to defeat Chile; they never stopped defending or attacking. We’re glad to be in the semifinals and meet again with Brazil will be a challenge for us” said Argentinian captain Sol Piccolo.

Catalina Melo admitted they were worn-out “It was a tough match, Argentina played very strong”.

Coach of Argentina, Guillermo Caceres believes his team was also tired and didn’t play well “I’m not underestimating Chile, but they began in the first set somewhat shy and we let them grow as shown in the second set. In this age-group there’s no margin for mistakes because the scores are too tight”.

“We weren’t able to keep up with Argentina” indicated Hugo Jauregui  „Chile needs to play more at a Pan American level because there’s a difference in the tactical plan from South America” he added.

To read more news from this cometition clik here.