Romania completed their duty in Sofia by cruising to a 3:0 win over Israel (25-18, 25-17, and 25-21). Read more about latest volleyball news, games reports, and statistics on WorldofVolley. 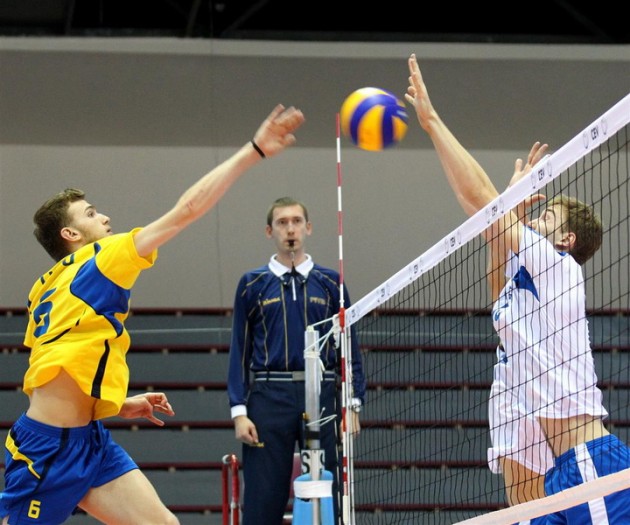 Romania started out very well their last game of the tournament going up 8:2 in the first set of their clash with Israel. Even though Israel attempted a comeback, still Romania got a margin of six points by the second technical time-out and by combining good attacks with a solid defense could cruise to the provisional 1:0 in sets (25-18).

After a close start (5:5), Israel moved to the front in the early stages of the second set (8:6) but Romania gradually found back their best play turning the tables around (14:11, 16:11). Israel fought bravely to narrow the gap (19:14) but Romania was not to challenge and could comfortably cruise to the final 25-19.

The start of the third set did see the teams playing point for point before Romania broke away in the score after the first technical time-out (8:7, 14:10). After setting the pace at 16:12, the Romanians made some mistakes and their head coach Robert Dumitrescu was forced to call a time-out to stop Israel’s comeback. This move was successful as Romania got back control of the operations and sailed to the final 3:0 (25-21) for their first win in the tournament.