WL M: Edwin Benne – “We played on a constant level six sets in a row”

After two wins against Japan with only one set lost, the Netherlands climbed to second place in Pool C, equal on points with Finland. This and other volleyball news read on Worldofvolley.com. 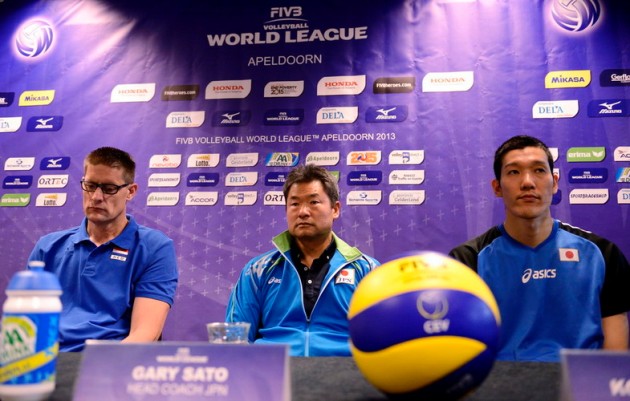 Dutch captain Rob Bontje: “We invested the past few years in team building and now we start to benefit from that process. We are able to play a steady level. One of the reasons is that my players and our staff are one team. Today, a special compliment to Jelte, who was the man of the match.”

Netherlands coach Edwin Benne agreed with his captain: “We have played on a constant level for the last six sets, today we started sharper. My team had a better approach towards this match, in the opening set yesterday we made mistakes that were due to the whole setting: first home match and nerves of my guys. Today we managed to brush that away.”

Man of the match Jelte Maan was euphoric after his fourth World League match: “I have been absent for two weeks, due to an injury, but today is the ultimate proof that I am fit again. Scoring five block points in the opening set subscribes to that.”

Japan coach Gary Sato made some minor adjustments but saw a better team on the other side of the net: “Still, we stick to the process we started. We improved a little in our play compared to yesterday and expect that we will be able to win in the forth coming matches.”

Japan captain Kota Yamamura explained the higher amount of unforced errors from his side. “We tried to put up the service pressure by serving more aggressively. Unfortunately that resulted in more direct points for the Netherlands.”