Beato Miguel Cruz, who coached both the men’s and women’s national teams of Dominican Republic, passed away on Saturday. 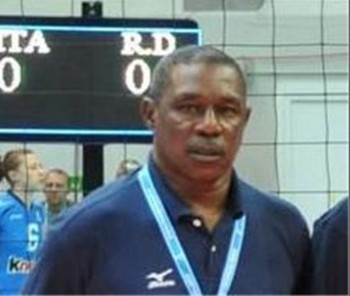 Cruz, who had been hospitalized for several weeks following a period of delicate health, died of complications from kidney failures.

“We have lost a great friend and a passionate student of the sport,” said Nelson Ramirez, general secretary of the Dominican Republic Volleyball Federation. “He was part of the Dominican volleyball for the past forty years and will be sorely missed.”

As a coach, Cruz took part of several editions of the FIVB World Grand Prix. He led the women’s national team to the gold medal at the 2008 Pan American Cup and the men’s team to a silver medal at the 1986 Central American and Caribbean Games.

A professor of physical education at the Autonomous University of Santo Domingo and member of the NORCECA Coaches Commission, Cruz also served for a few years as coach of the national teams of Honduras.

Two of his sons –Micky and Cristian- made up the men’s national team with the latter becoming the captain and setter for fifteen years.