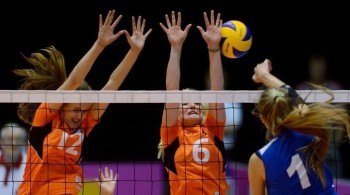 As against the France, Netherlands have lost the first set, then won three sets in row.