Zurich, Switzerland, March 14, 2012. Two players of Volero ZÜRICH, Mandy Wigger and Jelena Alajbeg, were honored this past weekend in Bern within the frame of the national cup finals. The “Swiss Indoor Volley Awards” presented by the Swiss Volleyball League were given to Mandy Wigger as “Best Swiss Player” while Jelena Alajbeg was celebrated as MVP of the national championship. 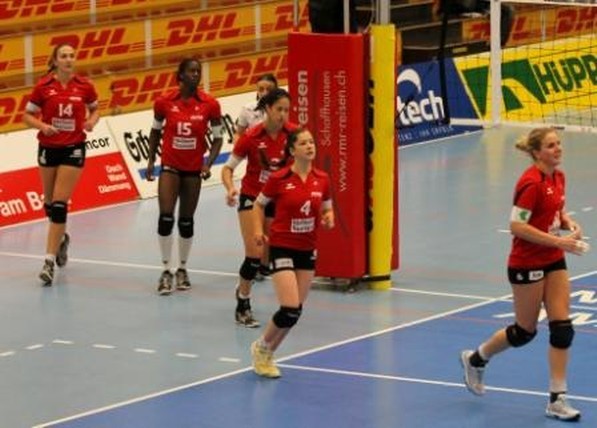 The 22-year old Jelena Alajbeg from Croatia is spending her second season with Volero and she totally deserved that distinction being the top scorer of the national league and having finished among the top 10 of the charts in the prelims of the Champions League.

She is also a member of Croatia’s national team and that was for her the very first Swiss Indoor Award in her still young career.

As for Wigger, she claimed the award for the “Best Swiss Player” for the fourth year in a row and was thereby somehow compensated for the injury she suffered some time ago – she ruptured her cruciate ligament – and that she still has to recover from.

SRB W: One of revelations of last...