In a thriller and an amazing match in Jastrzebski, home team won over Halkbank Ankara after five sets and a controversial mistake by referee - Andrey Zenovich from Russia. 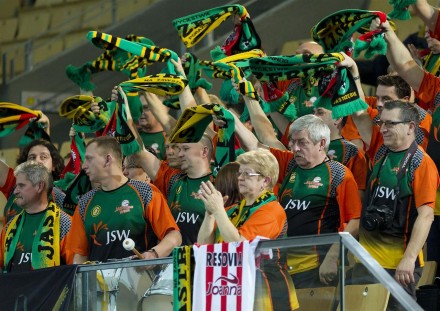 Result was 16-15 in favour of Jastrzebski when Juantorena spiked a clear point, but referees decided that ball was out! Instant replay showed in slow motion that ball was very much in and that Halkbank suffered badly from that mistake.

Now the Turkish dream team will have to face some of the very powerful opponents in the Playoff 12 because they are going into draw from the second place in Pool F.

Earlier today, Tomis Constanta won over Tirol Innsbruk by 3-1 and kept their chances of advancing to CEV Cup as the top three third placed teams.